Meet our co-producer and award-winning author, LaVerne Adekunle, PhD. she enjoys blogging, crafts, cooking & movies in addition to her fiance’.

I received numerous accusation this week and to my surprise, he is casting evil on those that will not donate to his needs. Due to his insistence to abuse others, it is time to demand action against bullying, threats, and blackmail. Sign the petition and circulate so others will not be harmed.

We demand a safe experience using social media platforms free of bullying and threats.
Every person has a right to raise money for their projects online/offline. However, when a person says, “no” and the exchange follows with a threat, it becomes a crime of extortion.

This past week, I received several complaints from members of laExpose’ which I am the Founder and also their friends. Members are complaining that they are being harassed. The perpetrator asks for money and if the member or friends don’t give him an “evil omen is spoken against them” by Prince Timmy Abiri (Timi, Timilehim) (Abiri Timilehim Stephen). When confronted, he denies and go into a victim role and rudely accusatory.

Last year, I was being humiliated and embarrassed by his slander campaign and ousted him from our platform, cutting off all communications. I felt like a hostage giving and supporting his organization. The antagonistic threats and blackmailed followed. It is time out for being gullible due to friendship! Everyone is not lying how he abuses people over money.

As a Leader of a large team of people including a large fan base, it is time to say NO MORE. We have to stand united against all levels of brutality that is evident criminal.

People that prey on Americans being generous, the magnanimity will diminish due to skepticism & exploitation.

It is time for us to demand that Facebook and other social media platforms. including law agencies to take decisive action to remove reported criminal bullies.

The stats of suicide and cyberbullying is on the rise and we need to have the courage to do something, say something! Be a victor, not a victim, report all forms of abuse it just might save someone earnings and even a life.
I have notified Facebook and the Economic & Financial Crimes Commission in Nigeria and US Homeland Security to step in. 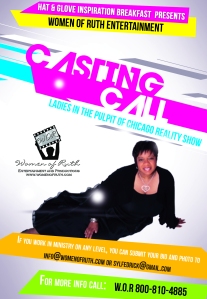 Join US  on Preach the Word Network

Dallas, Texas (Women of Ruth) July 1, 2012 – There’s a new reality-TV show in production that takes viewers behind the scenes into the lives of female Church Pastors. NYC radio host Fran Capo- a 5x Guinness World record holder – lead the cast that will be introduced at the Red Carpet Production Party in Dallas, TX on Thursday, July 26, 2012 at the Meridian Gardens in Arlington, TX.

The reality show reveals the incredible challenges of women in ministry. You might recognize some of their faces, but you don’t know their engaging stories of commitment and personal sacrifice until you see “Ladies in the Pulpit.” Other cast members include Pastors Ane Mercer, Deborah Powell, Denise Liz Tshiteya.

Even though Women Pastors – Ladies In the Pulpit will expose the pitfalls, show the leadership skills of women in the church and empower others in search of a blueprint for their own lives, family conflicts and daily challenges are a reality.

The show will attract married couples and families between the ages of 32 and 65+ with mid to upper incomes. The show will be pitched to national networks in the fall of 2012. Women Pastors – Ladies In the Pulpit Atlanta and Baltimore will begin production in 2013, with other cities to follow.

CFordTV Productions of Dallas is the associate producer of the project. The company also provides a voice to entertainers of all art styles, as well as presenting television shows, entertainment shows and a talent agency. For more information, visit www.cfordtv.com

About Women of Ruth Entertainment and Productions, LLC

Women of Ruth are a multi-faceted entertainment company that specializes in video productions for private events, commercials, reality tv and social media marketing. We promote corporations, non-profits and church ministries. For event productions, video marketing and advertisement that’s anything but ordinary, we are at your service. For more information, visit www.womenofruth.com

WE NEED YOUR CONTRIBUTION TO HELP MAKE THIS POSSIBLE CLICK HERE FOR DETAILS!

Destined to Live the Good Life

SelfGrowth.com is the most complete guide to information about Personal Growth on the Internet.
Our Article on SelfGrowth 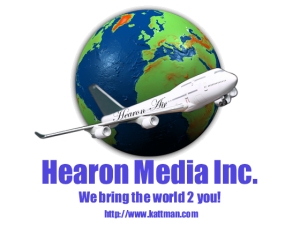